What is your philosophy on teaching?
To inspire and cultivate a love for the performing arts.

What is the best piece of advice you have ever been given?
“Don’t judge each day by the harvest you reap but by the seeds that you plant.” ― Robert Louis Stevenson

Bio:
I have been the performing arts director here at WES since 2008.  The Grade 6 Musical is one of the most prominent and visible things that I run from year to year.  I also oversee the Band and Choral Concerts (winter and spring) with the Band Director Matt Eisenberg. In addition, I get the privilege of working with Middle School English Teacher Katie Hopper while producing the Grade 8 performance of A Midsummer Night’s Dream.

I have been teaching music and theater since 1998.  I graduated from Shepherd College RBA (now University) and quickly entered the theatrical world at several local theaters, including my Toby’s Dinner Theater in my hometown of Columbia, MD. Born in Baltimore, MD, the Ravens are my favorite team, and you will see me often wearing the team colors during the season.  I spent several years in the Baltimore Ravens marching band as a percussion instructor and drummer.
Before my college experience, I toured and performed with several area bands and did some touring throughout the East Coast.  Since then, I released my first original CD back in the mid-’90s and have recorded several CDs and singles.  Currently, I am in the process of recording a new all-original CD that should be out in late ’21 or early ’22.
For fun, I am an avid photographer and specialize primarily in landscape photography.  Occasionally you will see me with a camera around the school and on trips to capture the students as they venture out into new worlds and discover.  ​ 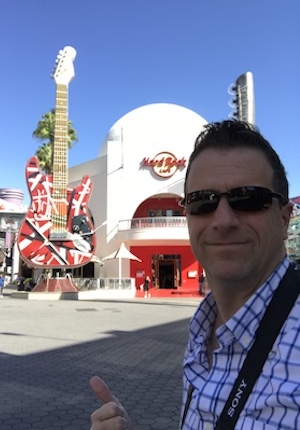